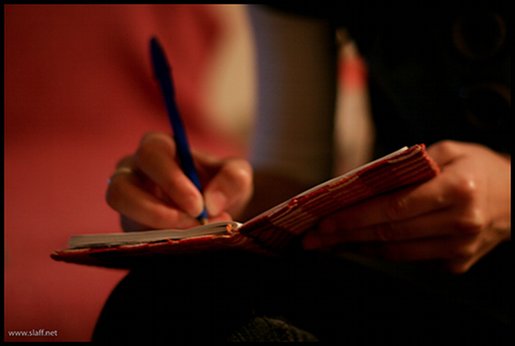 Writers are, first and foremost, observers. If observing doesn’t come naturally, then they learn to develop the skill till it becomes its own art form. It’s an easy enough skill to develop; you look, see, and then write down your observations. Easy as pie, as the cliché goes. But is it really? Is observation really that simple? For some, perhaps it’s easy, but not for me. Observing is something that requires all of my five senses, and the development of imagination into a sixth sense. So why? Why do writers hone and develop observation so much that it becomes its own art form? The answer is simple: all writers, at one time or another, suffer from the curse of writer’s block, and careful observation, I think, leads to its cure. Observation leads to inspiration, and inspiration negates the block. That is why, I think, writers develop a knack for it.

To fully observe a moment in time, to glean inspiration from that moment, one needs to see. You need to watch the moment, look around carefully to ensure you capture every detail. See it with your eyes (his green eyes, the falling tower…) feel it with your body (the sun, the wind, the park bench…) you need to taste it on your tongue (the apple pie, the salt of tears…) you need to hear it with your ears (the radio from a passing car, the plane overhead, the rushing water of the falls…) you need to smell it with a dog’s nose (the barbecue across the street, the floral scent of her perfume, the odor of fresh manure in the garden…) and most importantly, the story the moment inspires your imagination to create.

Lydia Davis, the author of numerous short-short pieces of fiction recently visited our campus. In preparing for her visit, we read her work. Her piece, “For Sixty Cents,” was a moment in a coffee shop that conveyed Davis’s power of observation, a kind of seeing that others would gloss over. And in that short moment was the drama of imagination. A paragraph in length, the story was able to access a much larger emotional truth.

The Lydia Davis story inspired me to recall a story that I’d written this past summer. Well maybe not really a “story” in the sense that it wasn’t complete, but more an observation I had while sitting in one of the numerous Starbucks dotting New York City. The Starbucks in question was immediately adjacent to a structure of pillars, and it was this architectural feat that I was looking at for inspiration. The pillars stood two-a-piece in the four corners, with a circular open roof connecting them. They were surrounded by shrubbery and fountains and enclosed by a length of marble wide enough to allow for someone to sit. Many people were sitting and eating their lunches while bathing in the sun. At the end of the day I felt that my best piece was about an old man I observed walking by. I don’t know exactly what it was about him that caught my eye, but as I watched him, I thought to myself that his mannerisms and his slow gait gave off the impression of searching. What or who was he looking for? That moment of focused observation sparked the flame of my imagination and ignited a creative discovery.

There was an old bent-over man, face lined by his experiences and thick white hair slicked back. He holds his cane in one hand as he searches through his green HSBC bag for an elusive item. Triumphant, he pulls out a worn cap that has seen better days. Pulling it low over his eyes he pulls the bag over his shoulder and goes on his way, walking with the aid of his silver tipped cane.

This isn’t my best work. It still needs editing. But in my search for inspiration, my muse didn’t come from where I expected. Instead, it was the old man, and not the pillars I was looking at that inspired me to write. Initially, though I really liked it, I was unsure what I would actually do with this piece of writing. It was only after reading the work of Lydia Davis, and participating in a Q&A with her, that I came to the realization that this piece could stand on its own as a self-contained moment. It didn’t need to be part of something larger.

Sometimes we have to remind ourselves to slow down and look around us and really see what we’re looking at. For me, the power of observation is not only important, but it’s essential to the writing process. In those moments when I’m faced with the daunting blank page, I look up and around me to see the world in all its mystery, its contradictions and glories, and then I put pen to paper and let my imagination take hold.