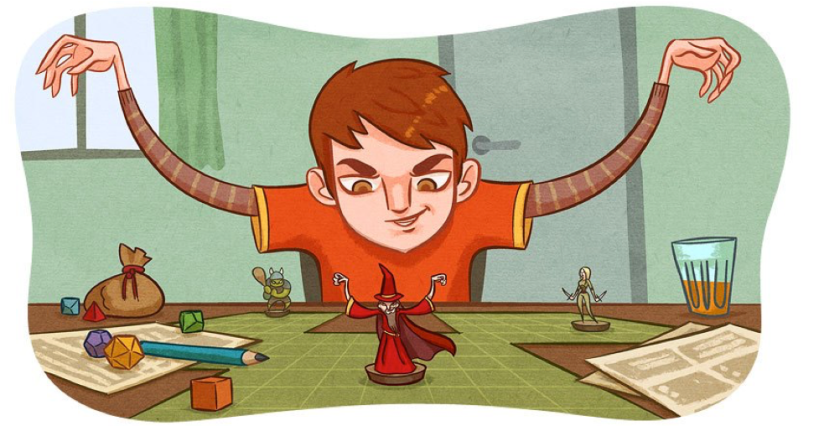 Whether they are making maps or building combats, millions of people around the world have used Dungeons and Dragons as a creative outlet. With time, the fantasy role-playing game only seems to be getting more popular. As a D&D fan myself, I find that the skills I develop—both as a player and a Dungeon Master—are advantageous outside of the game, especially in creative writing. With the resurgence of Dungeons and Dragons players, many writers are beginning to notice the literary benefits of playing.

For one, Dungeons and Dragons is all about world building. Whether you’re getting lost in another person’s world or building your own for your players, every moment during a session is a learning experience. You quickly learn what’s working and what isn’t. As a player, you can learn from other more experienced people how to create an engaging environment. And as a Dungeon Master, your players will be quick to tell you what’s entertaining about your world and what’s not. Every game is a workshop on writing an immersive story.

While a sense of place is important, the real story comes through the characters who inhabit it. Characterization can make or break a story. A thing to remember as a Dungeon Master is that your players need to care about your Non Playable Characters (NPCs). Having this challenge helps you develop more memorable characters. Some of them might even make their way into your written stories.

As a player, you also acquire skills related to character development. Though you don’t create NPCs the way a Dungeon Master does, you do over time gain an understanding your own character’s psyche and personality. This ability—to understand characters on a psychological level— is just as important in writing as it is in gameplay. Every moment that you spend being a character, you’re learning how to weave a person into this world you’re a part of. The more experience you gain, the easier you’ll find it to make characters for your own stories.

So now that you’ve got your characters and setting, there’s only one thing left to do: Improve. Ray Bradbury once said, “Plot is no more than footprints left in the snow after your characters have run by on their way to incredible destinations.” And regardless of whether you’re writing a novel or a Dungeons and Dragons story plot (called a campaign), the story will never end up where you want it to. Dungeons and Dragons players are notorious for doing the exact opposite of what you want them to do. Either you’re the one being frustrated or doing the frustrating, and it always gives you the opportunity to learn to improvise. The more you play, the more you learn to come up with creative ways into and out of situations. Creativity is like a muscle and improvising helps you stretch it. Dungeons and Dragons gives you a workshop area to not only have fun playing with others, but to test all of your ideas with a bunch of people who want nothing more than for you to succeed.

Sometimes the idea works; sometimes it doesn’t, and you have to roll a new character. But either way, you’re learning and gaining experience to add to your own stories. So whether you’re writing a campaign or playing one, joining the Dungeon and Dragons craze can help you become a better writer by showing you exactly what makes a good story.